The swix "7" series of waxes were applied to a fisher skate ski.  Six samples were measured for each of the following waxes in the order Listed 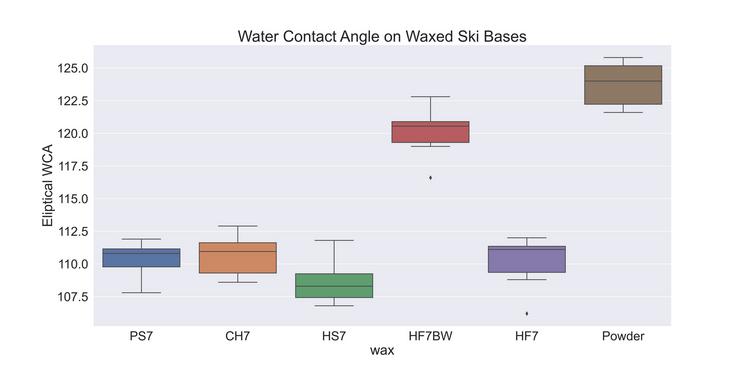 Between each wax treatment a chemical wax remover was used to return the ski base to a baseline condition.

Three application of the wax to be tested were ironed in, allowed to cool, scraped and brushed.

The BW and powder flouro waxes clearly beaded up more indicating more hydrophobic behavior.  Surprisingly the HF7 "highly fluorinated" paraffin wax was no different than the standard paraffin wax.  Also, the new HS7 (more expensive "high speed") wax had the lowest contact angle.  Given the surprising nature of these results the entire experiment was repeated on a different ski base and the same results were obtained.