One way to examine this data to see if humidity is having an effect is with a residual analysis.  Residuals are the amount that a data point is away from the fitted regression line, or the Error of the fit to the regression line.  For example, the data point at 30 Deg F and a Delta COF of 0.0 is above the regression line by about 0.003 so it's residual, or error, is +0.003.   Statistical software programs can easily calculate the residuals for each data point.

If a highly fluorinated wax performs better in high humidity conditions then we might expect that the data points that fall below the regression line (have negative residuals) might be associated with high humidity conditions.  Data points below the regression line mean the test skis with HF8 had especially low friction relative to Rex Blue in that particular test.  The chart below shows the residuals of the HF8 data. 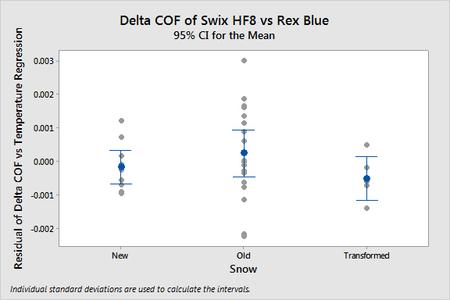 Next, we can plot the residuals vs the air humidity level that was present during that particular test session.  The plot belowt shows there is no correlation between the value of the residuals and the air humidity.  In other words, the performance of HF8 relative to Rex Blue wasn't predictably better or worse in high or low humidity conditions. 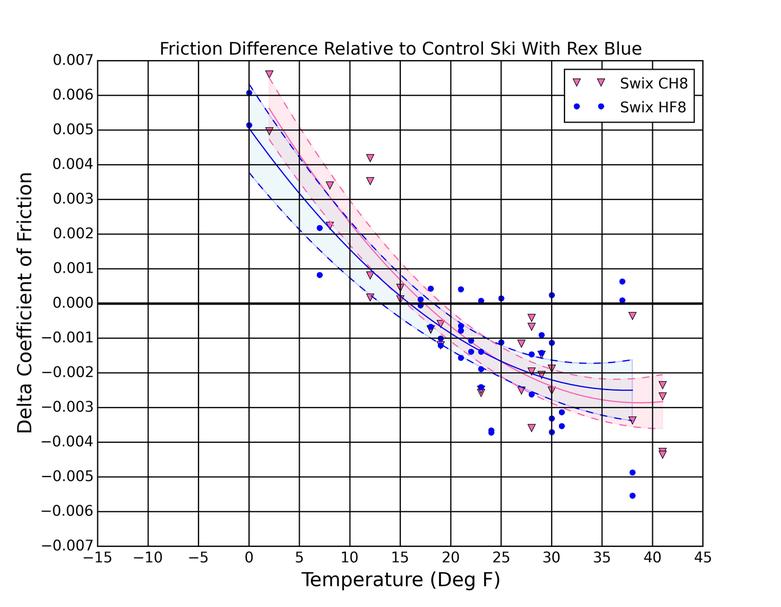 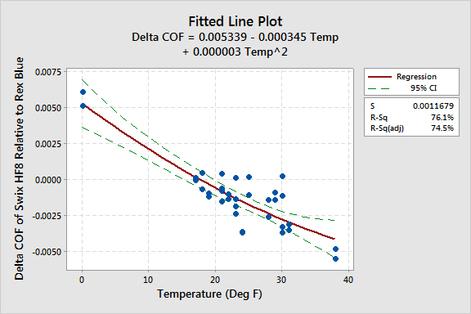 The Effect of Humidity:

It's often said that fluorinated waxes are best suited for high humidity conditions.  We examined our data to see if we could find evidence of this.  What follows is an analysis of just the Swix HF8 wax and how it performed vs Rex Blue in each of the tests we ran.  As a reminder, the Delta COF number plotted is the friction difference we measured of the test skis with HF8 vs our control ski with Rex Blue.  We know temperature is a big effect, as seen in the chart below where the R^2 is about 0.75.

We can also examine the effect of snow type (New, Old or Transformed).  Did HF8 perform consistently better or worse than Rex Blue on new snow or old snow?  In our data set, it did not.  The chart below shows the residuals as a function of snow type.  The whisker bars indicate the statistical confidence of the mean value.  The mean values are all around zero and they overlap each other so there is no statistical evidence that snow type is a predictor of performance of HF8 vs Rex Blue.

The performance of fluorinated waxes is a topic of great interest to skiers.  We are in the process of a comprehensive study of their performance on freshly waxes skis and their durability.

One aspect of the study is the performance of paraffin waxes with a high concentration of fluorocarbon additives.  Over a 3 year period we measured Swix CH8 and the highly fluorinated HF8 version.  Our test data is showing the difference in friction performance on freshly waxed skis is pretty small.  The results at high humidity show the same thing.

​The data below shows little to no difference between the two waxes.  The confidence intervals on the data have a significant amount of overlap so there is no statistical evidernce there is any difference between these two waxes on freshly waxed skis.  When the temperatures get above 32 Deg F there is a lot of spread in the data.  On any given data HF8 might beat CH8 and vis-versa.  But on average, across a large number of tests the two waxes look nearly identical. 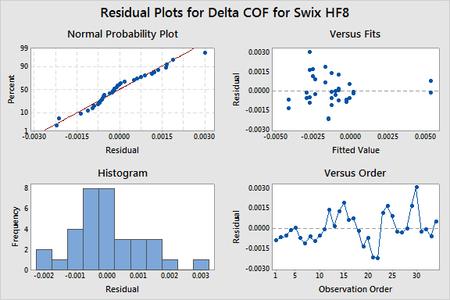 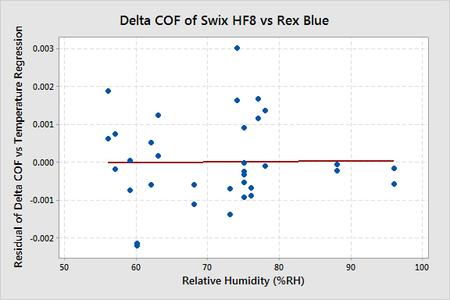