Our wax test database now contains the results from over 2000 runs of the test sled down the test track in a wide range of temperature and snow conditions accumulated over a 3 year period.  The average friction result vs temperature for each wax is shown in the charts below.  This is the average result you could expect at a given temperature, results may vary from day to day (sample raw data is shown here which shows the day to day variation that could exist).

​The fastest wax for a given temperature would be the line that is lowest on the chart at that temperature.​

NEW!  Data for Swix HF8 now included.  For a discussion of fluorinated waxes visit this page

Sample Raw Data From Our Testing:

The charts below show the data we acquired for Swix CH4 and CH8.  These charts show the difference in performance of the test skis with CH4 or CH8 relative to the control ski with Rex Blue.  The shaded lines show the statistical confidence level of the data (it's quite good).  From data like this we can construct the wax reference guide and the wax performance forecasts shown above. 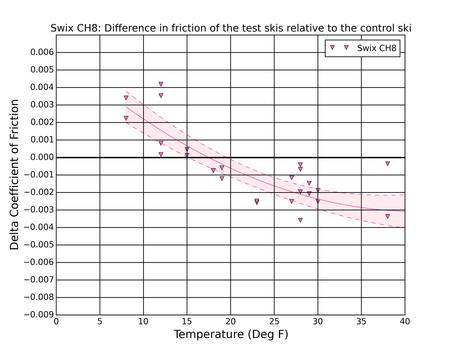 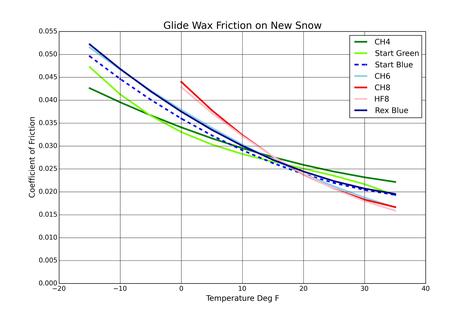 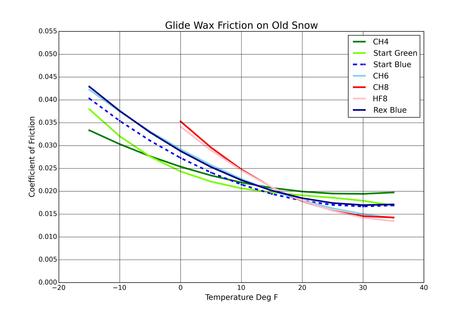 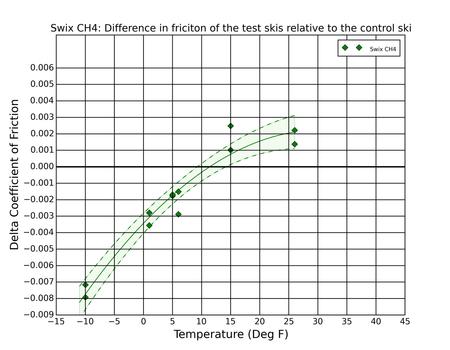 Note that at a temperature of approximately 15 degrees all waxes perform nearly the same!

Comprehensive test data like this on the gliding properties of ski waxes is unavailable anywhere else.  This data is very useful because once the coefficient of friction of the various waxes is known, an accurate estimate of the impact on race times can be calculated as in the link below.